The taxman comes for every business. And while that’s a universal truth, it needn’t be a universal worry.All you need a partner who will guide you through the maze of regulations jurisdictions and layered impact to the safety, A partner like us.

Corporate Tax Advisory And Its Need For Businesses In India

We understand that India isn’t perceived as a tax-friendly jurisdiction, yet we tend to focus on solutions instead of lamenting on the problems. From a tax standpoint, we believe that it’s a balanced mixture of planning, management, and efficacy which helps the business sustain in any given market.

While corporate tax does apply universally, its impact can be layered and must be understood carefully on the type of business in question: domestic or foreign companies, an existing venture or a new company, etc. And secondly, it’s further imperative to understand how tax benefits apply across markets and industries – which comes with developing a tailored tax strategy.

Simply put – we look at businesses and their needs, objectives, and aspirations holistically. This gives us an edge in our modus operandi, where we provide solutions keeping the Indian tax system and its evolutionary nature in mind to add maximum value to the said business – regardless of the venture’s size, scale, and years of market presence it has had. Strategizing and doing things with a big picture mindset, we are proud to have a team featuring a blend of seasoned tax experts as well as young blood brimming with talent and ideas.

What is the difference between TDS and income tax in India?

TDS (Tax Deducted At Source) is a recovery mechanism comprised within the overall Income Tax Law in India whereas the income tax is the tax that the taxpayer has to pay on his incomes. A simpler way to understand this would be to classify TDS as an advance payment of tax by having the same deducted at source at applicable rates.

The recipient of the income or the taxpayer is entitled to have the TDS deducted against his name set off against his final income tax liability and is only required to pay any shortfall that may arise after such a set-off. In case of excess TDS deducted, a refund is granted to the taxpayer.

To obligate the person making the payment to deduct taxes at source, mandatory provisions have been included in the Income Tax Law coupled with interest and penalties for failure to comply with the TDS provisions. The provisions also benefit the person receiving the income as it seeks to save him from the hassles of having to pay the taxes at a later point of time, which may then be payable along with interest.

What is AY and FY in terms of income tax in India?

Simply put, FY stands for Financial Year where income is earned by an individual or any other entity. It is the period from April 1 of a given year to March 31 of the succeeding year. AY stands for Assessment Year and it is the period of 12 months immediately succeeding after the closing of a given FY. It is the year in which the income earned by an individual or any other entity from the corresponding financial year is computed and reported to the income tax authorities. 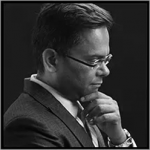 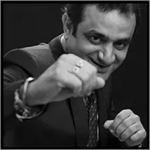